The need for a radical approach 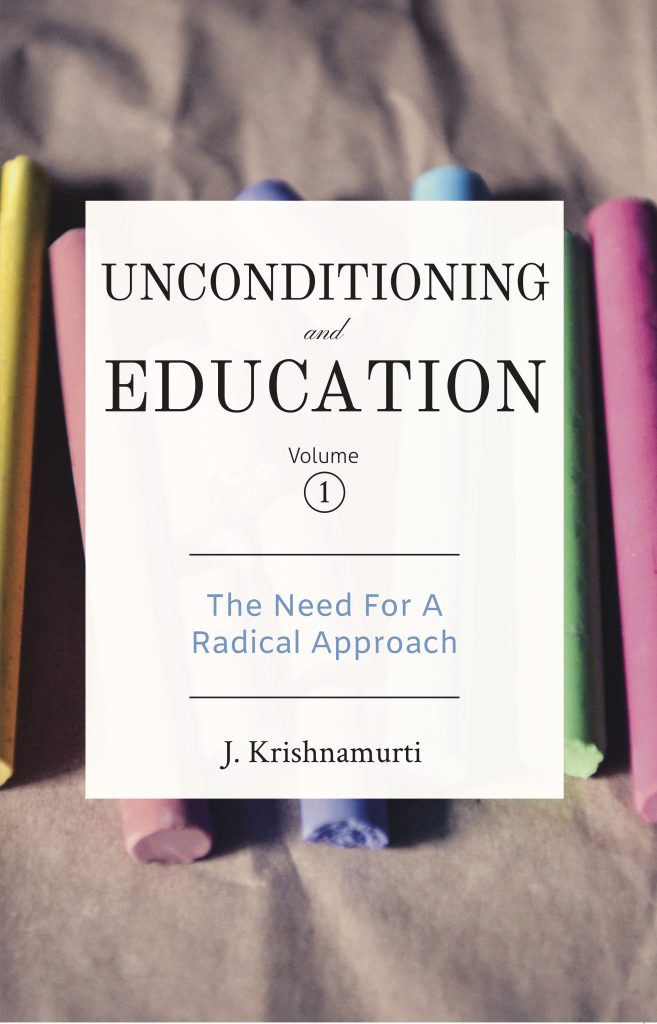 Part of the Education series:
Editions:Paperback - Volume I
Pages: 156

This book presents a series of dialogues in which renowned educator and religious teacher J. Krishnamurti explores with parents and teachers the need for a radical approach to schooling and their intention to establish such a school in the Ojai valley in California. They discuss the conditioning effects on children and educators of teaching and environments in schools based on traditional methods of education. They look at the stultifying effects of knowledge-based approaches which, instead of broadening the minds of children in a setting that encourages observation and creativity, conditions them to conform to society. To free the mind’s broader potential and to educate the whole human being they see that there must be right relationship between students and teachers in an atmosphere of attention, care and trust.

What does it mean to be educated? Is it to conform to the pattern of society, acquiring enough knowledge to act skilfully in that society? Does to be educated mean adjusting oneself to society and following the dictates of that society? Is education merely to cultivate one segment of the mind to use knowledge skilfully?

Is it possible to educate the totality of man, instead of cultivating memory as we do, and depending on that memory to act skilfully? The cultivation of memory and dependence on that is part of the degeneration of humanity, because then man becomes merely mechanical, always acting in the field of the known. When we are acting in the field of knowledge, we are acting according to a past pattern; so then the brain must be conditioned, it has no flexibility.

Knowledge has become the factor of conditioning the mind to a certain pattern according to which it acts. We are asking if it is possible to educate human beings from childhood and beyond to nurture the whole outward and inward totality of man. Is it possible in our life to educate ourselves completely, totally, inwardly as well as outwardly?