You are the Story of Humanity 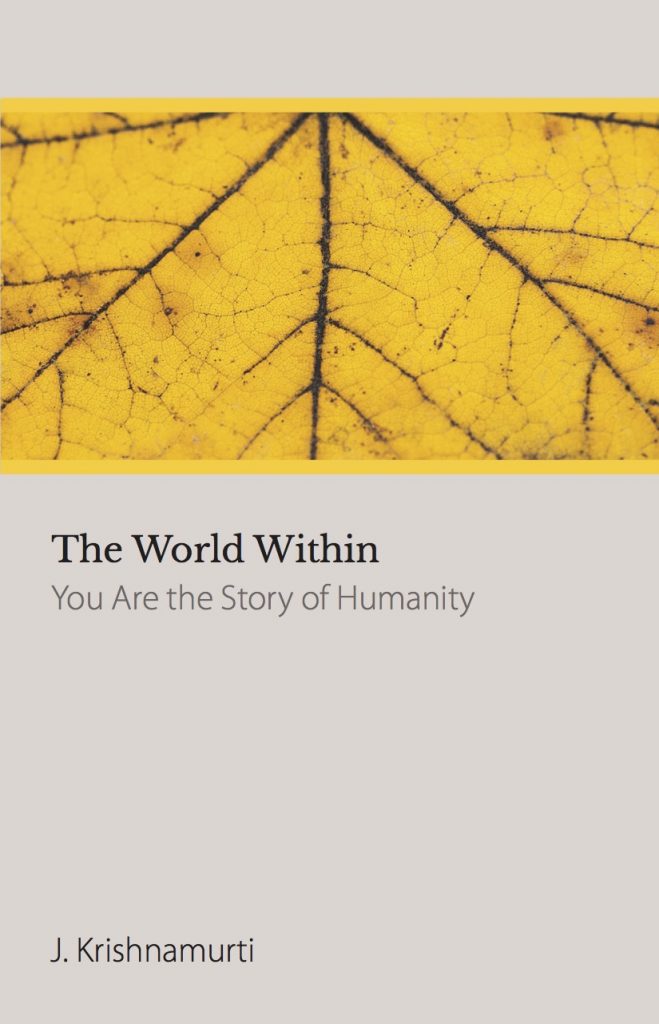 During the Second World War (1939-1945) Krishnamurti did not speak publicly in the United States but lived quietly in Ojai, CA. People sought him out and came to dialogue with him on many issues of the times or their own personal dilemmas. Their problems were universal human problems and each made true his statement “You are the world”. As Krishnamurti unwound the tight threads of their thinking and feeling the core or source of a concern was revealed unadorned and without blame or guilt.

Krishnamurti’s recollection and documentation of these dialogues were gathered from his notebooks and compiled in this book.