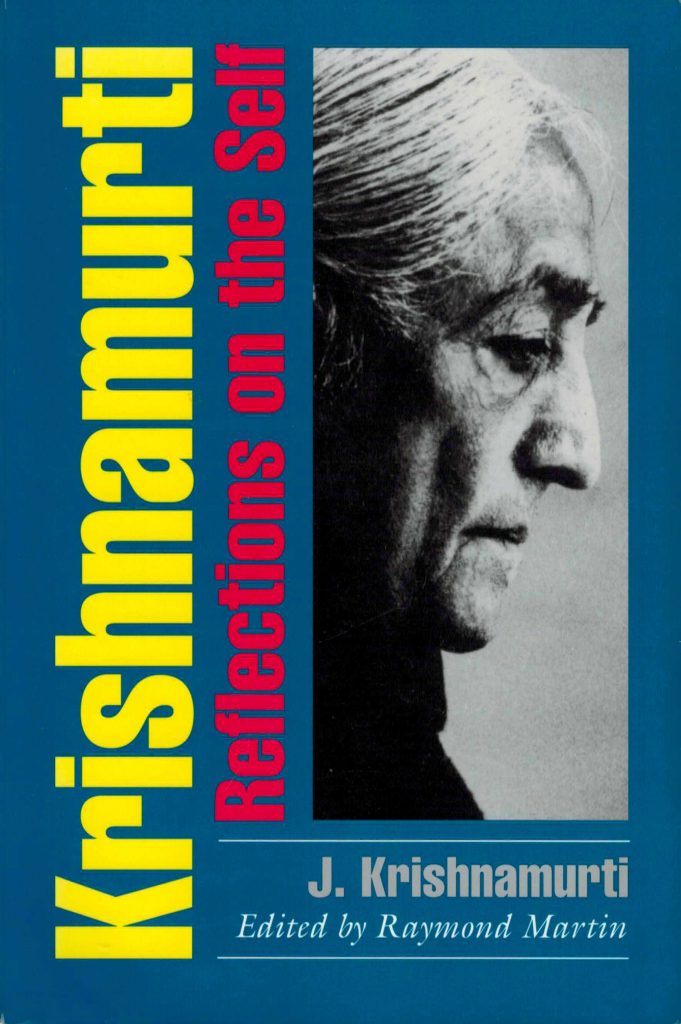 Described by the Dalai Lama as "one of the greatest thinkers of the age", Jiddu Krishnamurti has influenced millions throughout the 20th century, including Aldous Huxley, Bertrand Russell, Henry Miller and Joseph Campbell. Born of middle-class Brahmin parents in 1895, Krishnamurti was recognized at age fourteen by theosophists Annie Besant and C W Leadbetter as an anticipated world teacher and proclaimed to be the vehicle for the reincarnation of Christ in the West and of Buddha in the East. In 1929 he repudiated these claims and traveled the world, sharing his philosophical insights and establishing schools and foundations.

Because Krishnamurti had no interest in presenting theories, his thought is far removed from academic philosophy in the analytic tradition, yet his insights remain extremely relevant to contemporary philosophical theories and to those interested in understanding themselves and the world. Rather than a theorist, Krishnamurti is regarded as a seer and a teacher. He perceived inherent distorting psychological structures that bring about a division in the individual's consciousness between "the observer" and "the observed".

He believed this division was a potent source of conflict, both within the individual and externally for society as a whole, and offered a way to transcend these harmful structures through a radical transformation in human consciousness. This is a collection of Krishnamurti's writings and lectures about the individual in relation to society. He examines the importance of inquiry, the role of the emotions, the relation between experience and the self, the observer/observed distinction, the nature of freedom, and other philosophical ideas.

"One thing I have learnt from reading j.k. is that my searching is in fact escaping.. from no depths and from no hights will we recieve nor discover anything that can make us free. we already are as free as we see ourselves fit to be. escaping and compensating with new points of wiews under the false pretence that you have "matured" over time is wonderfull however, because it keeps you occupied, and tucks away the creeping feeling that you're missing something. and the doubts and the fears, the urge to become and overcome,- it keeps sticking to you, so you start wanting it. that is our balance-act. take it too seriously and you'll feel more dead than alive."

"i have read almost all the books of j.k.His writings helped me to question myself and explore the complexity within myself. i'm still going on reading his books repeatedly to get self-knowledge and deep insight."