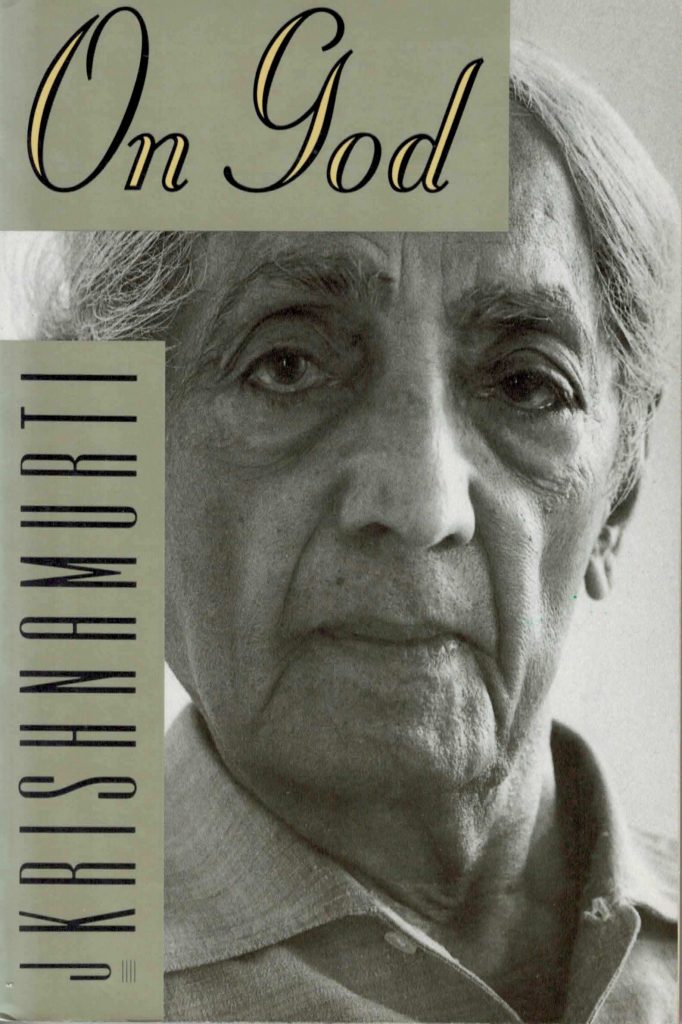 This theme book examines a particularly important subject in Krishnamurti's teaching through excerpts from his talks and dialogues.

Krishnamurti points out that the God we have created is out of our projections and fears. He explains that true religion and the sacred have nothing to do with such conceptions of thought.

"This book (one in a series where Krishnamurti goes deeply into several topics critical to mankind) will mainly be of intrest to people who are already familiar with Krishnamurti's basic philosophy/teachings. Krishnamurti uses many words with specific definitions (specific to himself & used throughout his works) that people might not understand if they don't go deeply into particular subjects. This book helps clarify & define several of them. In a nut-shell, Krishnamurti states "How can anyone find God (the unknown) through the known? All one will find is their own thought's known projections. So to know God (if that's possible), one cannot approach God through the known; through knowledge." This is part of a larger thought of his, which is: don't believe in anything. Don't believe at all. If something comes to you as-is, on its own, fine. But any seeking...through prayer, thought, traditional types of yoga/meditation, or whatnot, is futile, as you will only find the known. Only when one stops seeking, is it possible for God, Truth, Reality, Enlightenment...call it what you will...to come to one. This, like all of Krishnamurti's works, will be of intrest to existentialists, as he states somewhere/everywhere (I've read so many of his works I've forgotten where!): "Truth is a pathless land. You can't follow another to get there, and none can follow you once you've reached it yourself." If you dig Krishnamurti, get it."

"In "On God" Kirshnamurti has one primary goal in mind--to tell people to stop seeking knowledge of the unknowable. Is is his contention that only by doing so can we free our minds from the entrapment of faith. I found the book to open both my heart and my mind by showing how futile certain secular religious beliefs are and how we should focus more on accepting that there are certain realities we do not have answers for. A book everyone should read for it's simple yet totally unique perspective."